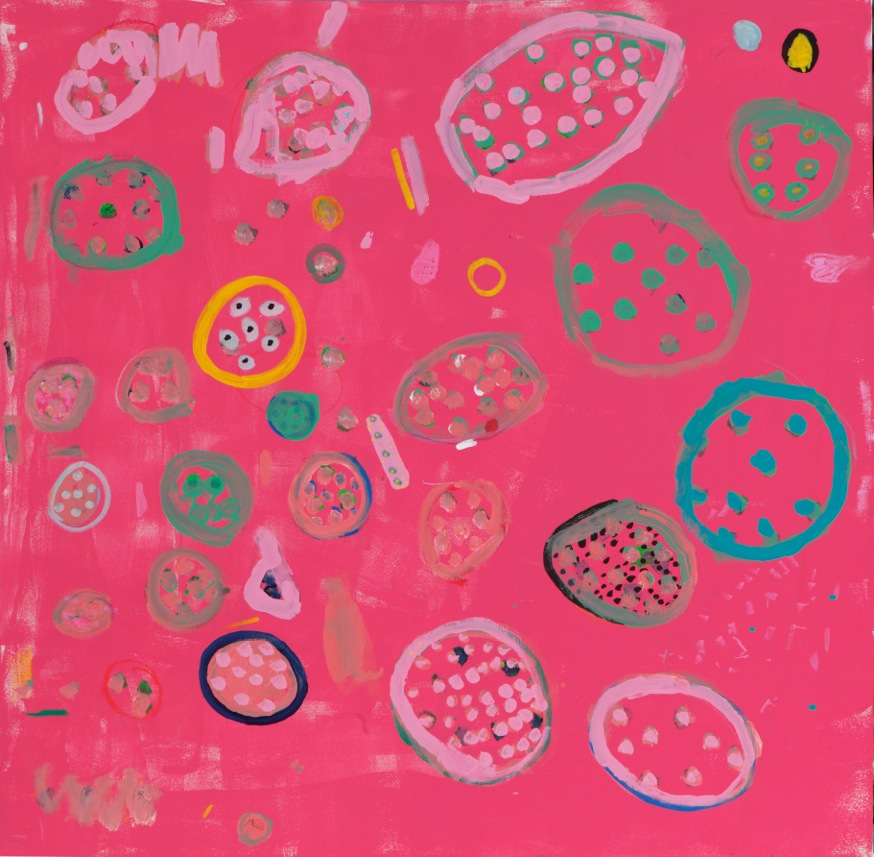 Christophina Tipoloura is a young Indigenous artist from the Tiwi Island region. Colour and design in Christophina’s works are highly considered, each mark is applied the greatest care and often reworked a number of times, with the arrangement of colours subtly changing throughout the long process. Christophina’s designs reflect her personal sense of style and contemporary fashion, while simultaneously referencing her Tiwi heritage.