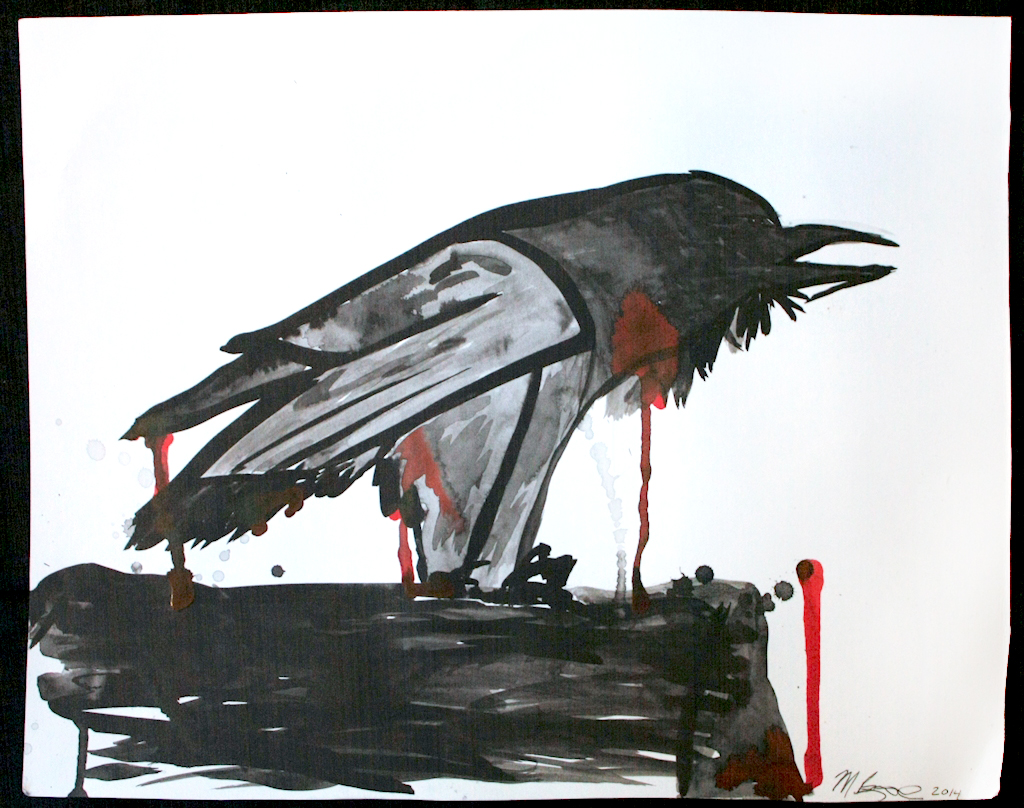 Margaret grew up in the urban setting, which drives her art. She began developing her artistic talents through singing and playing music at an early age. She has been in group and solo exhibitions, like Red Erotic collections 2010, the 150 Years of Resistance Art Show at the Anarchist Book Fair in 2011, followed by showing at Camas Book Store in 2013. She has also expressed her creativity in musical theatre at Groove Fest in 2005, which followed into doing Theatre for the Oppressed in 2005-2006, queer scene drag performances, and then she finally found her voice, learning to sing at a cultural level in traditional pow wow circles. More recently, she began to make prints and enjoys selling them at events.

These varied art experiences have shaped Margaret to better understand her life’s direction. Margaret’s overall philosophy as a contemporary Native artist is to nurture her identity as a shíshálh (Sechelt) two spirited person. She also feels the importance to present community with honest, raw, and thought-provoking Indigenous works of art aimed at influencing communities and young people. She believes the way she presents her work will ripple effect wherever necessary.  She notes, her truth, “My connection to practicing art comes from the spiritual connections that I embody, I am able to transfer that to my work.” Margaret currently enjoys painting and drawing by using acrylic, tempera paints, spray paints and using ink and is open to expanding on using more mixed media’s.  Her unique style and finished products usually encumber vibrancy in a poetic structure because they overall resonate with how eurocentricism and colonization has impacted her identity. Learning about how colonization impacted her personally, this has become a major theme in how she enjoys expressing herself through art. Margaret believes growing as an artist because her creativity helps release and processes her life in a positive and healthy manner.

Margaret’s specialty is highlighted when she is charismatically inviting the viewer’s experience through her creativity; in this she possesses a powerful skill.