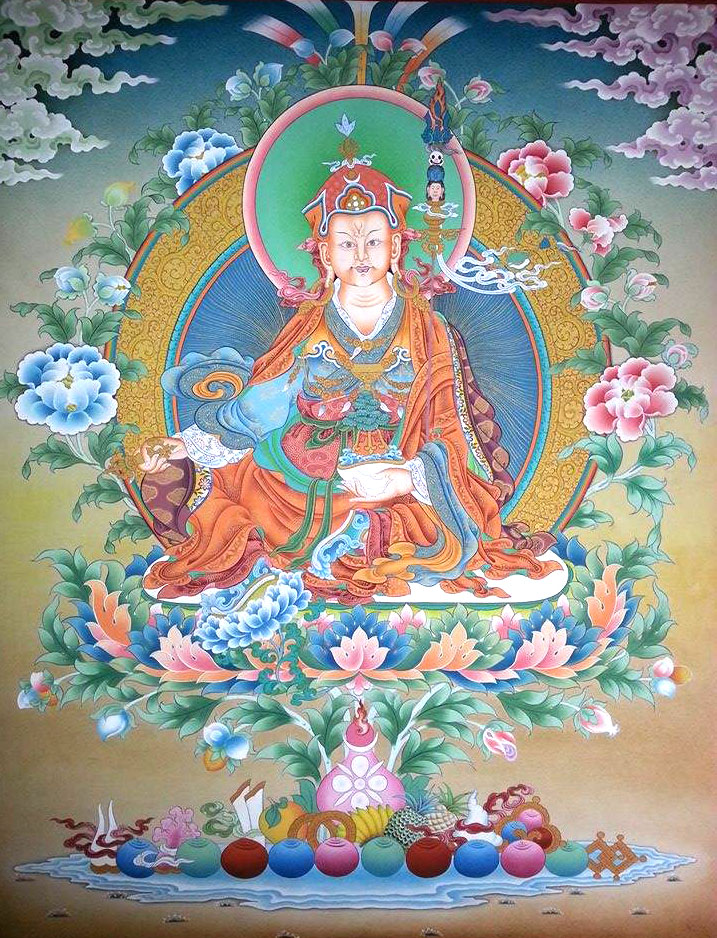 His first art is about Guru Rinpoche known as second Buddha who helped to establish Buddhism.  In his right hand, there is three pwonged Khatranga symbol of consort mandarara. In his second hand he holds cup with nectar of immortality symbol of union with Buddha of infinite life. His second art is about Gautam Buddha lived in 6th century which symbolize enlightment to humanity and his third art is about White Tara mother of Buddha, representing motherly aspect of compassion which symbolize her ability to see all the suffering in the world.

Sherpa’s life as an indigenous people with disability and his art is interrelated with each other. Through his art, he depicts the present situation of the world where the aboriginal people / first settlers/ ethnic and disabled peoples in their own land are deprived of services and are discriminated at many levels. They are struggling their life with compassion and love as a motherly figure. So he wants to reflect that indigenous peoples with disabilities are facing ‘intersectional discrimination and violence’ that need to unify and provide enlighten and knowledge like Buddha in picture 2 to all people so that no one i.e. vulnerable segments would be left behind.

To bring changes in peoples lives,  he is providing training to 20 persons with disabilities  learning about  art and  as an artist he wants to convey the message to the world to respect each individual’s identity and promote the most vulnerable section if we are to live in this world for equality, dignity and humanity.

The artist Ngawang Chhirri Sherpa belongs from one of the ethnic community who was the first land settlers of Nepal and whose ancestor Tenjjing Sherpa climbed the Mt. Everest for the first time. Mr. Sherpa has struggled his life as a disabled artist on one hand and on the other as an indigenous people where he faces numerous challenges and discrimination at many layers. Despite several challenges he has faced, he is optimistic in his life because to enable message to millions indigenous persons with disabilities who are living their life with vulnerability all around the world.