TBA (to be advised)

“Imagine if you were at a wake, saying “goodbye” to someone you love, and minutes later, you are fighting for your life, and people are grieving for you. Rex Bellotti Jr. – 15 years old at the time, was struck by a police vehicle on Lower King Road, Albany – it was shy of midnight as he was walking home from an Aboriginal Wake on March 6, 2009. Nearly five years later he and his family are still waiting for answers and compensation – for help with his ongoing medical care. The only thing holding his leg together is his kneecap”. He needs knee reconstruction surgery, and if the doctors make one small mistake, he will wake up without a leg.  When asked about the future Rex Jnr said,

“I have to wait. It’s been more than three years and I haven’t received the insurance and compensation. That’s wrong but I’ll wait. Then I’ll buy a house with the money. I don’t know how long they are going to take but hopefully not as much time as has passed since what they did to me”.

The WA Police Commission is still to come to terms with a commitment to 100 per cent responsibility, offering through their insurers 70 per cent liability in regards to an insurance claim payout. Rex Jnr’s view about the cops is simply:

“I don’t expect justice, I don’t expect the cops to get honest but I am glad that many people have learned the truth – that you have been writing about what happened to me so cops think twice next time it happens.”

Justice for Rex Jnr has not been addressed so no charges have been laid and the shoddy investigation following the terrible incident has not been tested in a court of law.  Non-Aboriginal lawyers see it as all too hard and so back away from being seen to take on the police and the system. So there has been no compensation awarded despite the fact that Rex Junior is now permanently crippled.  The police action had denied this young man of a chance to have a professional football career or a normal job. A number of questions come to mind for Rex Jnr.  How can Rex Jnr be helped to rehabilitate?  How can we make accountable those who took part in the cruel event that led to his tragic injury and then to his state of mind? All Rex Jnr and is family have been asking for is truth, justice, compensation and to be healed.

As a Noongar man of over 60 years of age, I know racism has been always been around me. As a child I witnessed blatant racism when my family was not allowed to have our hair cut by a barber in the local town. We were only allowed to sit in the front seats of the movie theatre. And be out of the town by 6 pm. Racism is hard to challenge, when it is institutionalised. Two important places where systematic racism is practised are law enforcement and health, and the results are dramatic. The avoidable deaths of Aboriginal people are unacceptable, and would not be tolerated if it was non-Aboriginal people dying. In our resource-rich region, deaths of Aboriginal people are over 6 times the mainstream average for deaths. The rates of imprisonment of Aboriginal people in WA are testimony to the informal racism in the policing and legislation systems. It’s hard to justify our 3 per cent population of WA making up over 50 per cent of the prison population. The decision-making power is controlled by the descendants of colonisers. While ignorance of Aboriginal worlds is an excuse being bandied around by white services, the ongoing denial of humanitarian support for Rex Jr cannot be excused. You can make all the excuses in the world, the fact remains that Rex Jr has not been given the medical and financial support that he needs to heal, and build a decent life as a human being should.’

2013 NAIDOC PERSON OF THE YEAR

Mr Kickett, a Noongar man, has dedicated more than 40 years of his life to land rights, education, health and policy for his people. Darryl is a former champion boxer and Australian Rules footballer, and is one of only three players to have played for five clubs in the Australian Football League. Among the roles he has served in are Head of the Centre for Aboriginal Studies and CEO of the Aboriginal Health Council of Western Australia. Recently, in his role at Anglicare WA, Darryl has helped bring the Red Dust Healing Program to Western Australian communities. In 2013, he was awarded NAIDOC Person of the Year.

‘My son walked out the front of this property and the police saw him cross the road. One of the eyewitnesses made the comment in the police report that the vehicle, when they spotted young Rex, swerved and made a beeline for him to run him over. After they run him over, from eyewitness accounts he was left on the road for something like 20–30 minutes before any medical aid was given to him. You can’t say that the incident has not brought on any forms of disability. He’s got a psychological one and a mental disability as well as a physical one. Policing like this cannot continually happen. Somewhere there has got to be give and take, and the only give and take right now is our lives, our children, our people, whose lives are expendable.’ 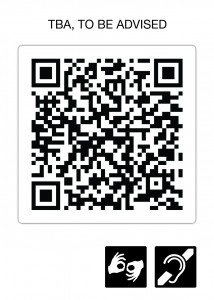