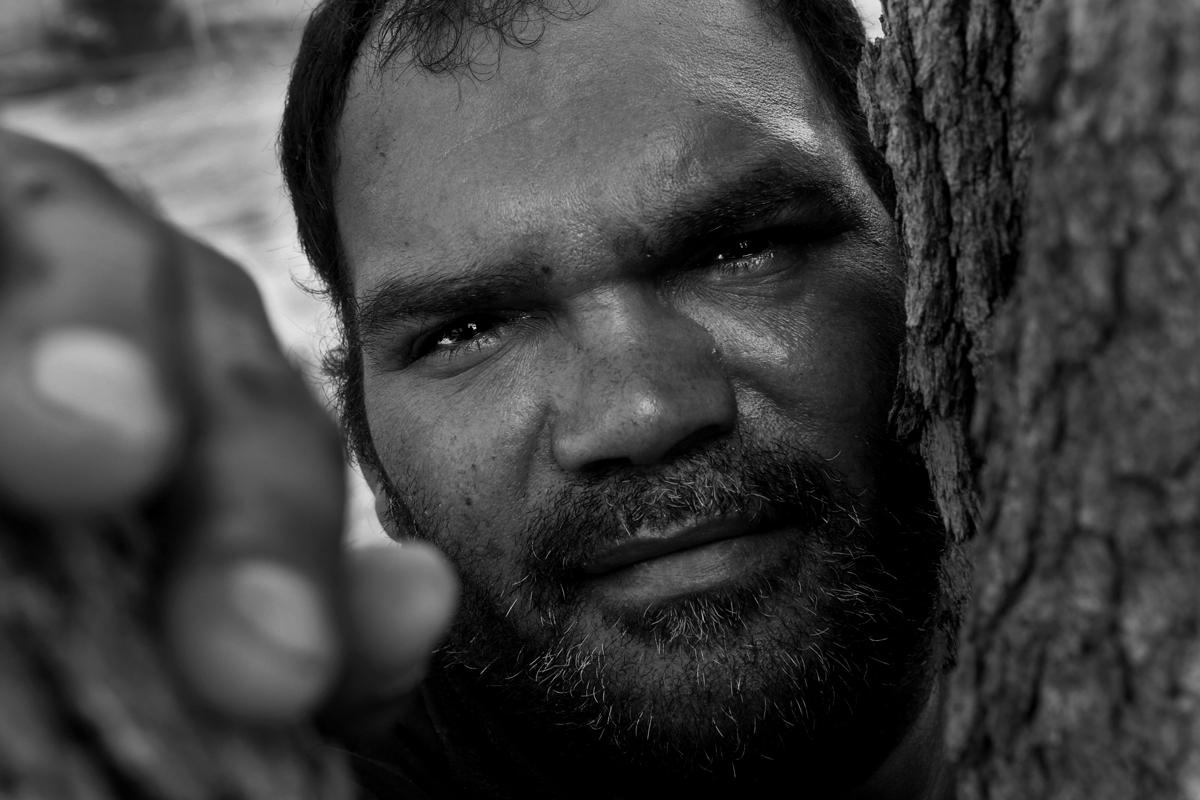 ‘Gary Umbagai was given the name Wilinyjee. He is an Aboriginal man from the Wandjina tribe, and lives in Mowanjum, a community just outside Derby in Western Australia. Mowanjum is a word taken from the Woddordda/Ngarinyin language: it means ‘settled at last’. The community is made up of 300 people and the majority of them belong to one of three language groups: Woddordda, Ngarinyin and Wanambul. Gary feels that suicide has been normalised in his community. He said that suicide was unknown in traditional Aboriginal culture and there is no word in language for this. When someone suicides, the community cuts down the tree from which that person hanged themselves. This must be done for spiritual reasons and to help the healing process. Gary’s brother, Radki, committed suicide in Mowanjum in 2007. Gary is pictured at the base of a hanging tree that has yet to be cut down. There were 25 suicides in the Kimberley during one 12-month period. Mowanjum and Derby are typical of many remote communities, where many children are not in school. What they see around them is despair, joblessness and aimlessness among their young adults. This gives youth little incentive to believe in the value of a school education. What they see depicted on TV about the affluent community and cities around Australia is not what they see in their own communities. In 2012, a Northern Territory Select Committee report on youth suicide found the obvious: that the rates of Aboriginal suicides are significantly higher than the national average. The report highlighted the underlying causes of Aboriginal and Torres Strait Islander youth suicides as mental illness, substance abuse, sexual abuse and trauma, but failed to highlight acute poverty and a suite of rights denied, to this day, to Aboriginal and Torres Strait Islander peoples in many of these troubled communities. What is missing in many of these communities are the pathways and access to opportunities and to the benefits of education and hard work, all of which the rest of Australia does have access to. These communities continue to be neglected by State and Federal Governments and their agencies. Effective services and continued community support for social and community infrastructure have not been provided or continued in these communities. Instead they are dilapidated third-world environments’

Josie Farrer is the MP for Kimberley in WA. When Josie was elected to State Parliament in March 2013, she became the first female Kimberley Aboriginal woman to represent the region in the WA State Parliament. Her maiden speech was exceptionally powerful, as she spoke about the high rates of suicide, economic development, housing and job creation in the Kimberley. She spoke part of her maiden speech in her own language of Kija. Josie has been an active member of numerous regional organisations, including the Kimberley Land Council, the Kimberley Language Resource Centre, the Kimberley Aboriginal Law and Culture Centre, the Kimberley Development Commission and the Regional Road Group. She has also been a Councillor and the President of the Halls Creek Shire.

With special thanks to Gerry Georgatos

‘I’m from Mowanjum near Derby, WA, in the far north Kimberley. We have a big problem with alcohol in the community and there is a lot of mental problems. Every suicide that we have, they see the ambulance come round and the policemen. They got a person hanging from a tree and them kids 8 or 9 years old see this and they think it’s normal. If I had a magic wand I would make everything right in our community, educate our kids about their culture, about their health. We need to get our people back out to our country, that’s it for my magic wand.’ 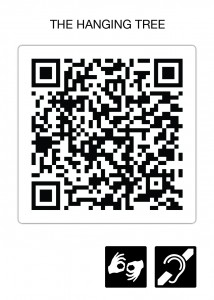