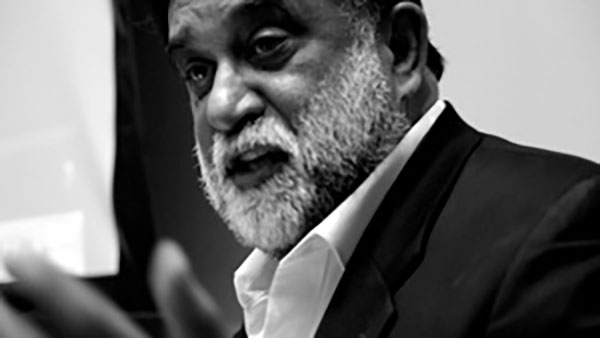 Uncle Les Malezer, Co Chair of National Congress,  hosted the event for the Unfinished Business project at the Museum of Tolerance in New York. Unfinished Business was Australia’s official contribution to the United Nations 2014 World Conference on Indigenous Persons. This was supported by the Australian Government through the Aboriginal and Torres Strait Islander Program, an initiative of the Department of Foreign Affairs and Trade.

Speakers included Roberto Borrero from  International Treaty Council. He is a key Indigenous figure in New York, spoke at the event and introduced Native American Actress Irene Bedard who gave the Welcome to Country (the voice of Pocahontas in the Disney Movie) on behalf of Chief Perry. Cameron McCarthy, Kuku  Yulangi man now working at  the Australian Mission to the United Nations gave an amazing performance when he share his culture with the audience through his story telling, Dance and digeridoo performance.

The audience where then shown the most recent development for the project, an app for people with sensory, cognitive and learning disabilities.  The App includes; captioned Audio Book, AUSLAN and ASL translations, a 24 minute film and an Audio Description. This development allowed digital  3D versions of the images to be showcased for the first time. –  no 3D glasses required.

Finally, the audio book was played and accompanied by the 3D digital versions of the exhibition. The audio book is narrated by an Australian Aboriginal and Torres Strait Islander Author, Gayle Kennedy, who is a person with a disability. Gayle weaves the participants’ voices and the voices of their individual narrators together. The individual narrators are predominantly high-profile Australian Aboriginal and Torres Strait Islander people who have given their support to the participants and the concerns that they have expressed. All the narrators have contributed in their own right to improving the human rights of Indigenous Australians, including Tom Calma, Leah Purcell, Mick Gooda, Gary Foley, Rosalie Kunoth-Monks, Shelley Reys and Warren Mundine.

Over lunch members of the Native American, Canadian First Nations, Inuit and Métis peoples discussed  the experiences of their communities and the parallels they saw in the stories told by Aboriginal and Torres Strait Islander people in the exhibition.