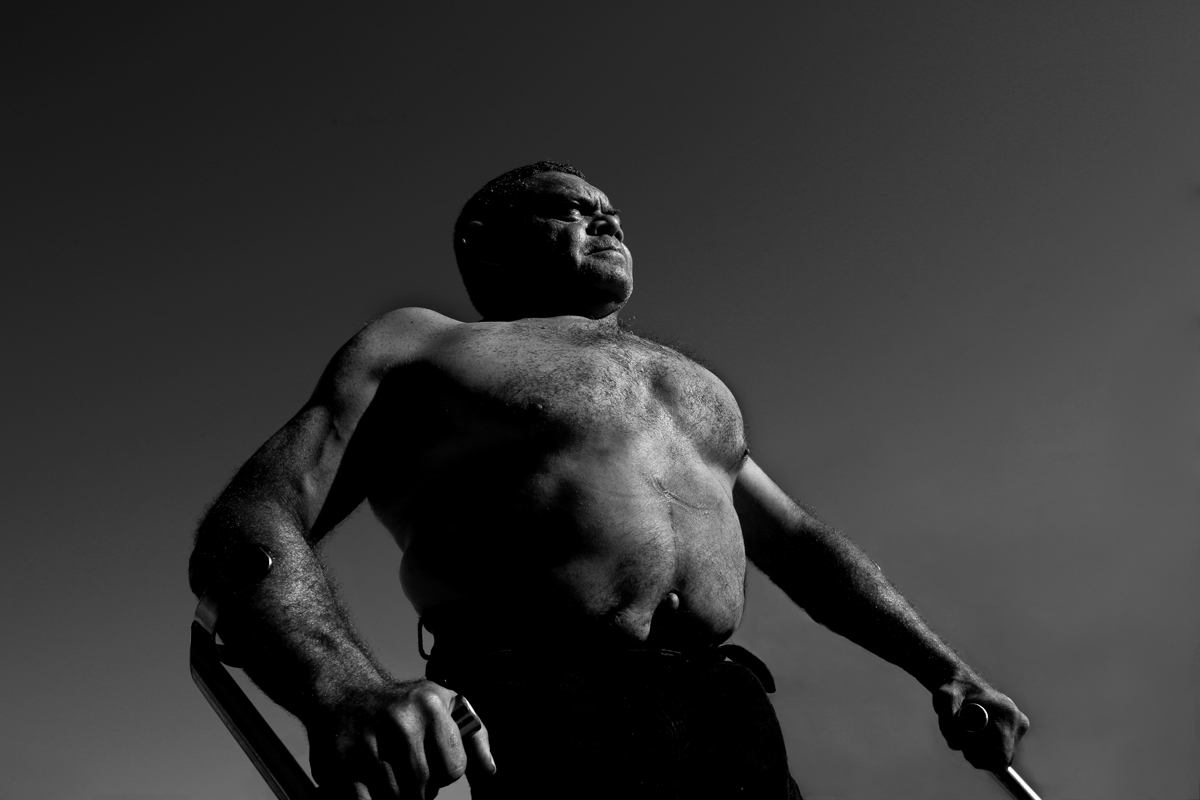 “John Baxter was born in 1960 in the tidy town of Robinvale, in Victoria’s North–West. Being born with the disability, Spina-bifida – paraplegia, he was brought down to The Royal Children’s Hospital in Melbourne. However, being born Aboriginal, John was not returned to his birth family, but fostered out to a non-aboriginal family in the eastern suburbs of Melbourne. It was not until his late teens, that John finally got to meet his brothers and sisters, and his father. Through his teens John had a growing awareness of his Aboriginality and sought to reconnect with his mob. That first meeting with Aboriginal family and with his growing independence and freedom of mobility, changed the focus of his life. Uncle John Baxter is a proud Latja Latja / Narungga man, who throughout his life has sought to gain a deeper understanding of his culture and what it means to be Aboriginal. Furthermore, he actively helps others in the community, bringing awareness, encouragement and reconciliation to so many around him.   One of the things that concerns John, is the complex situation of how best to empower the First Peoples of Australia and their communities towards genuine self determination. History records that external policies, which have often been enforced with a heavy hand, have had a profound and devastating effect. The past has sadly left the First Peoples generationally disadvantaged, struggling under government control with income management, welfare dependency as well as all the disadvantage of limited life skills, education and employment opportunities. The over-representation of the First Peoples in the justice system and child protective services and the despair reflected in the youth suicide crisis are reflections of how much pain remains to be healed. Will proposed changes to the constitution via a referendum help address these issues, and remove the stain of discrimination and racism ? or will a treaty guaranteeing sovereignty  and self determination be a more effective path towards a more prosperous future for people so long oppressed. The voices of the First Peoples have the right to decide.”

Dr Jeff McMullen AM is a journalist, author and filmmaker for almost 50 years. Throughout his professional life Jeff McMullen has written, filmed and campaigned around the world to improve the health, education and human rights of indigenous people. In 2006 McMullen was awarded an Order of Australia (AM), for service to journalism and efforts to raise awareness of economic, social and human rights issues in Australia and overseas, as well as service to charity.

‘Being an Aboriginal, I think it gives a great deal of pride and sense of purpose as well. So a lot of the work I do is going out into the community and talking with people, whether it be school groups or senior citizens. Making those connections in the first place and saying, well yes, there are a lot of good strong Aboriginal people around, they have got their head in the right place and they can not only have a good in-depth understanding of the past, but also look forward to the future as well as signal that there are brighter tomorrows, and as a collective group, that we can change the attitude of people to our kids and grandchildren and nephews and nieces to give them better opportunities at life than we had, I suppose … that’s important.’ 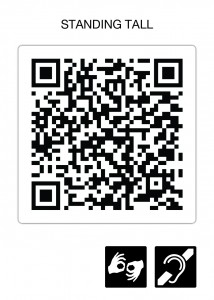