“Jandamarra is a Murri Indigenous Australian who at age 6, on 10 October 1996, was the victim of a fire attack whilst playing at a schoolyard in Cairns, Queensland. His given name comes from the Aboriginal resistance fighter Jandamurra. The perpetrator, Paul Wade Streeton, arrived at the school carrying a 5-litre can of petrol, and never revealed why he chose to attack O’Shane out of the group of children in the playground. Streeton drenched Jandamarra in fuel, and set him alight with a cigarette lighter. With burns to 70 per cent of his body, O’Shane was not expected to live. He required long periods recovering at the Royal Children’s Hospital in Brisbane, and years of skin grafts. Streeton was arrested and later convicted for the attack. He was sentenced to life in jail. Jandamarra has forgiven his attacker, and life has brought him additional joy through the birth of his young son.”

Samantha Harris is an Australian model who is an ambassador for the National Centre of Indigenous Excellence (NCIE) in Sydney and for Australian Indigenous Fashion Week and David Jones. Sam entered her first beauty pageant at the age of 5, and at just 11 years old she was nominated as the ‘Model Most Likely to Succeed’ in Dolly magazine’s model workshop. She has graced the cover of Vogue and featured in the fashion campaigns of both national and international designers.

‘As I was getting a drink, he just came in and poured petrol over me and lit me up. I was 6 years old when it happened. My feeling towards him are, well, I do forgive him, you know, because what I’ve been through made me who I am today. Because I am Aboriginal myself we are the kind of people that like to stick together no matter what happens.’ 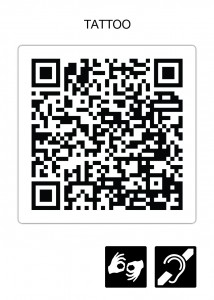