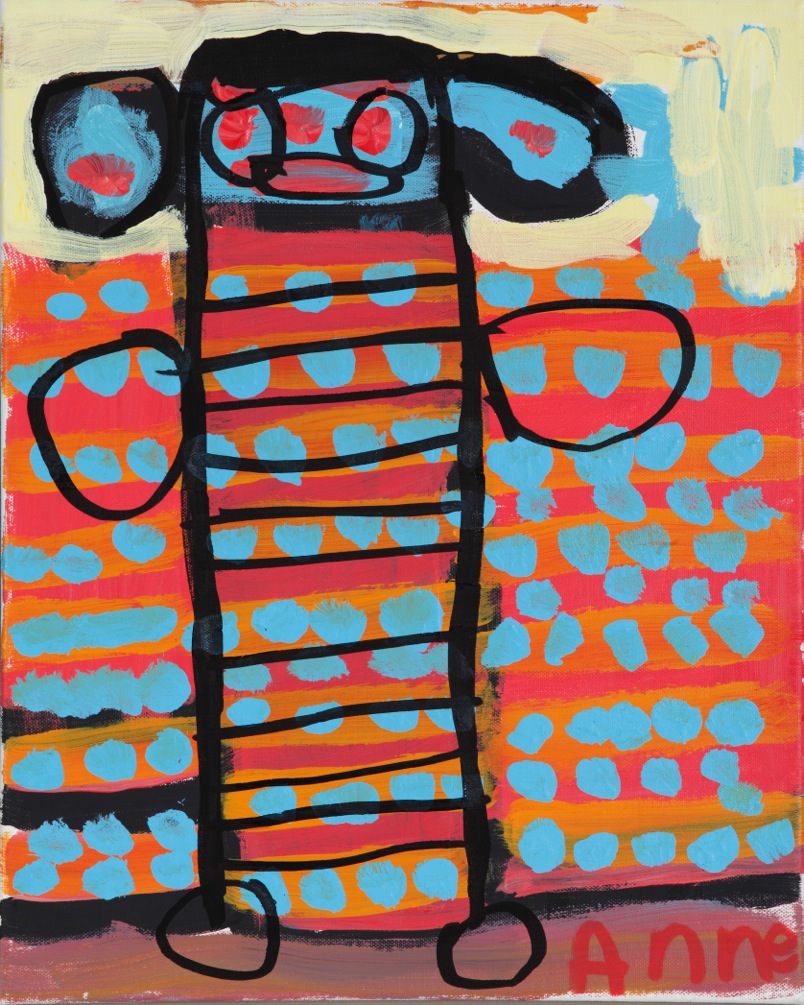 Annie Moors is an experienced young indigenous artist, her works focus on themes of her family connections, relationships, identity, pop culture and her Yolngu cultural traditions which she strongly identifies with. Annie works prolifically, easily producing large scale paintings which she develops through a series major and decisive compositional changes, often reworking sections of her paintings several times before settling on the final composition. Text is often a feature in Annie’s works; this is usually personal to Annie, speaking of dreams, love, loss, family and Yolngu culture.