The Unfinished Business exhibition was launched in September 2013 at the Palais des Nations in Geneva by Kassym-Jomart Tokayev, then Director General of the United Nations Office in Geneva, and Peter Woolcott, Australia’s Ambassador to the United Nations. The work was displayed to coincide with the 24th Session of the Committee on the Rights of Persons with Disabilities (CRPD), a body within the Office of the High Comissioner for Human Rights. The project was supported by the First Peoples Disability Network and the Department of Foreign Affairs and Trade, through the Australian Mission in Geneva. In December 2013 the exhibition was displayed at the World Health Organisation Headquarters in Geneva. Unfinished Business was a part of Australia’s official contribution to the United Nations 2014 World Conference on Indigenous Persons. This was supported by the Australian Government through the Department of Foreign Affairs and Trade. 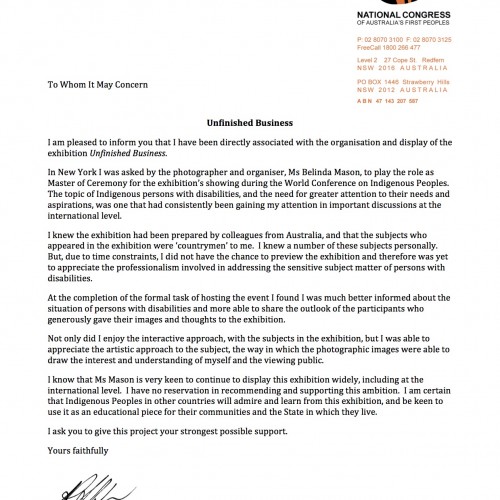 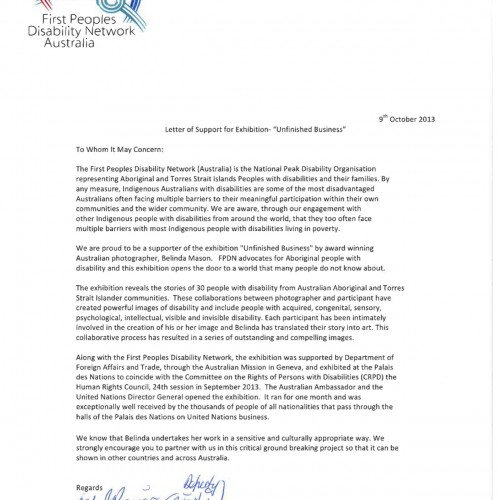 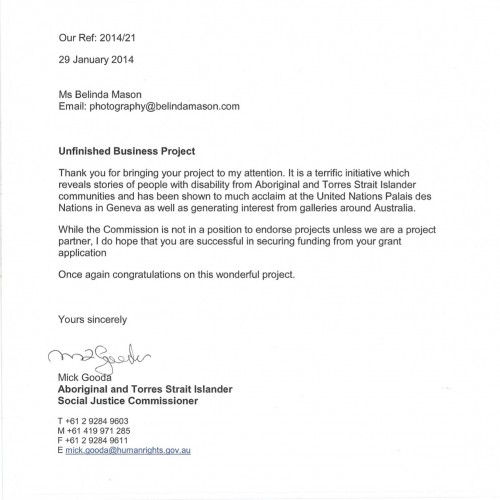 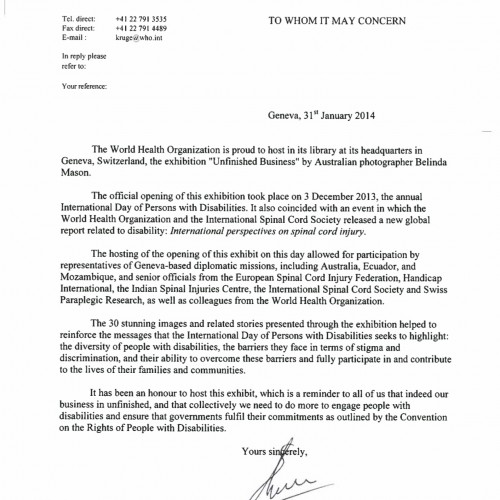 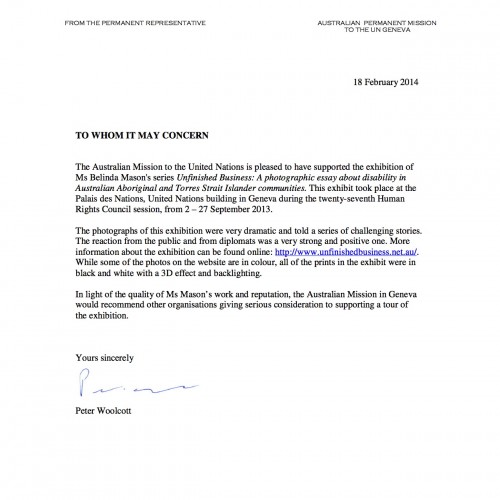 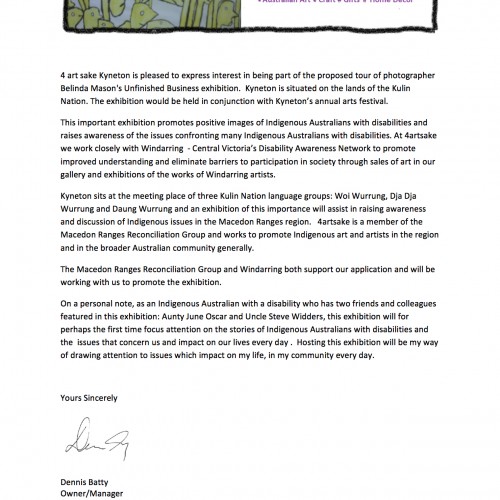 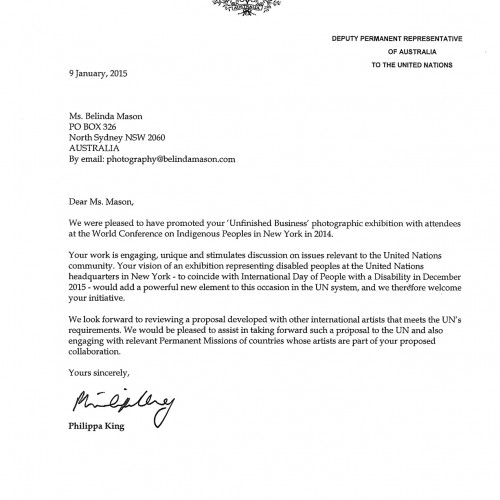