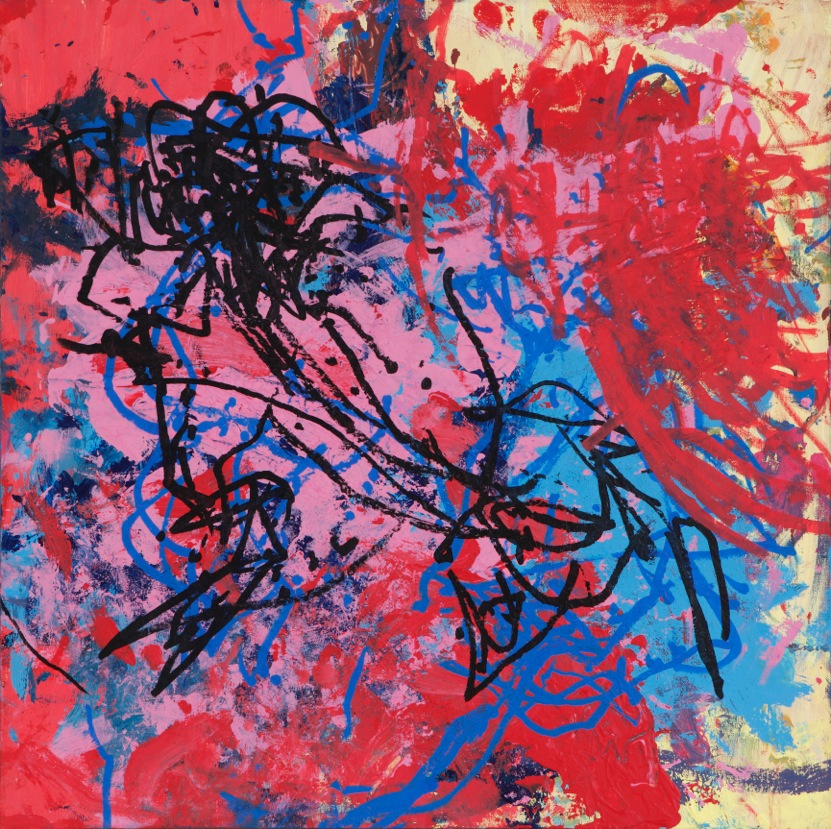 Jody-Anne Mamarika is a young indigenous artist, and is a very physical and tactile painter. Jody-Anne has very limited mobility in her arms and yet has amazing strength and reach with her mark-making. She has developed atechnique of painting whereby she first covers the canvas with large fields of colour, then focuses in on smaller areas using the other end of her brush to scratch back into the paint work, finally finishing her works with expressive line drawings, made over the top of the densely coloured ground.